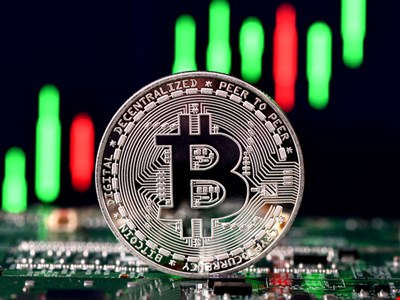 The owner of a Bulgarian bitcoin exchange has been sentenced to prison in the United States for his involvement in a transnational multimillion-dollar online auction fraud scheme that conned over 900 Americans out of more than $7m.

Iossifov owned and managed RG Coins, a cryptocurrency exchange headquartered in Bulgaria’s capital city, Sofia. According to trial evidence, Iossifov knowingly and intentionally engaged in business practices designed to both assist fraudsters in laundering the proceeds of their fraud and to protect himself from any criminal liability.

At least five of Iossifov’s principal clients were Romanian scammers, who belonged to a criminal enterprise referred to in court records as the Alexandria (Romania) Online Auction Fraud (AOAF) Network.

These scammers defrauded hundreds of individuals by posting false advertisements to popular online auction and sales websites, including Craigslist and eBay, for high-cost goods (typically vehicles) that did not actually exist.

“Once victims were convinced to send payment, the conspiracy engaged in a complicated money laundering scheme wherein domestic associates would accept victim funds, convert these funds to cryptocurrency, and transfer proceeds in the form of cryptocurrency to foreign-based money launderers,” said the Department of Justice.

“Iossifov was one such foreign-based money launderer who facilitated this final step in the scheme.”

Iossifov allowed his criminal clients to complete cryptocurrency exchanges for cash without asking for any identification or documentation to show the source of funds. He also gave members of the AOAF Network special treatment by providing them with more favorable exchange rates than he offered to his other customers.

An investigation by law enforcement found that Iossifov laundered nearly $5m in cryptocurrency for four of the five scammers in fewer than three years. In return, the bitcoin exchange owner made over $184,000.

Iossifov is one of 17 members of AOAF who have been convicted for their role in this scheme so far.

Supporting the Women Most Affected by the Pandemic