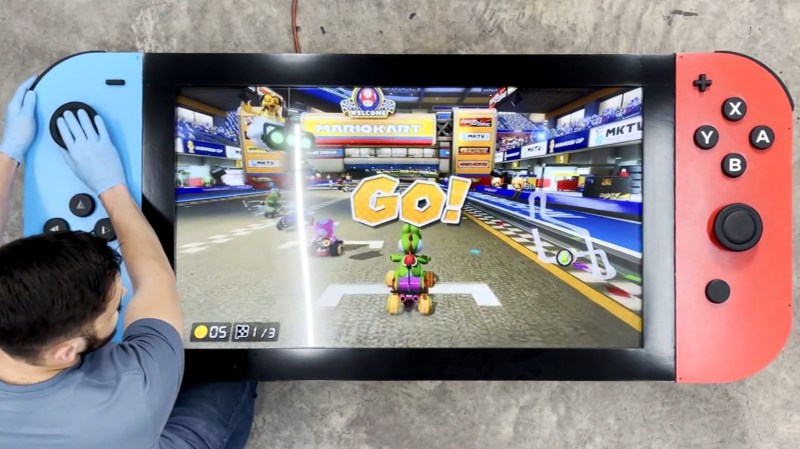 The Nintendo Switch has been a hugely successful console for the century-old former playing card manufacturer. At least part of that success has come from its portability, of which [Michael Pick] has probably lost a bit with his 65-pound giant Nintendo Switch built for St. Jude’s Children’s Hospital. (Video, embedded below.) What he’s lost in portability has been more than made up in coolness-factor, though, and we’re sure the kids will appreciate that they can still play the monster gaming machine.

From its plywood body to the 3D-printed buttons, the supersized build looks solid. Docked inside the left Joy-Con is the actual console powering its big brother. Perhaps the biggest surprise, however, is that tiny (well, normal-sized) Joy-Cons are also hidden inside. These are manipulated via servos for the buttons and a direct pass-through setup for the joysticks to control games on the Switch. 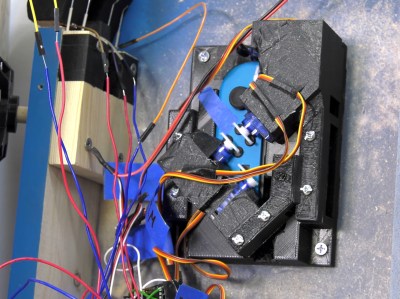 While the Joy-Cons are unmodified and completely removable, [Michael] does recognize this isn’t necessarily the ideal solution. But he was certain it was a hack he could make work in the time he had, so he went for it. He’s looked into the controller emulation possible with Teensys and would probably use that solution for any giant Switch projects in the future. Of course, with this build, players can still pair regular Joy-Cons and pro controllers for more practical gaming.

Most Nintendo mods we see attempt to make the console smaller, not larger, so this is an eye-catching change of pace. Unfortunately, we don’t get to see the colossal console in action after it was installed, only some stills of hospital staff wheeling it in the front doors. But we can imagine that the children’s smiles are at least as big as ours were when we saw it.

DOOM on a Bootloader Is the Ultimate Cheat Code