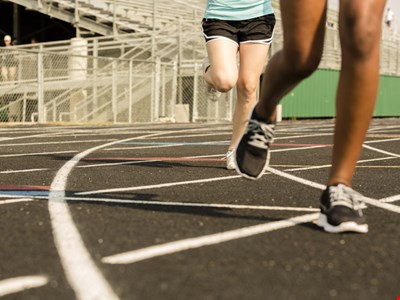 Police in Chicago have arrested a former track and field coach for allegedly soliciting sexually explicit images from female athletes under false pretenses.

Chicago resident Steve Waithe was arrested on April 7 and charged with one count of wire fraud and one count of cyberstalking.

Waithe attended Loch Raven High School, where he was the Maryland State Champion in the triple jump. From 2014–15, the 28-year-old competed on Penn State’s track and field team.

Coaching positions at Illinois Institute of Technology and the University of Tennessee followed, and in October 2018, Waithe began working with athletes at Northeastern University. However, Waithe was fired in February 2019 following an investigation into “inappropriate conduct toward female student-athletes.”

According to the Department of Justice, “it is alleged that during that time, Waithe frequently requested to use female athletes’ cellphones under the pretense of filming their form at practice and at meets. At times, he was observed ‘scrolling through’ the phones.”

In September 2019, Waithe accepted a new coaching position at Concordia University Chicago, which lasted fewer than four months, according to the Associated Press.

It is alleged that in February 2020, Waithe began using social media to contact female Northeastern University track and field athletes. After telling the women that he had discovered compromising photos of them online, Waithe allegedly offered to help remove the images from the internet.

Victims were allegedly tricked into sending Waithe nude or semi-nude photos so he could perform “reverse image searches.”

Waithe is further accused of posing as a female researcher to email female athletes and ask them for photographs of themselves nude or in swimwear for the purposes of “athlete research” or “body development study.”

According to court documents, investigators have identified more than 10 victims of the fake research scheme and found over 300 related nude and semi-nude images of victims in Waithe’s email accounts.

It is further alleged that from at least June 21, 2020, to October 3, 2020, Waithe used social media to cyberstalk at least one female Northeastern student-athlete and hacked into her Snapchat account.