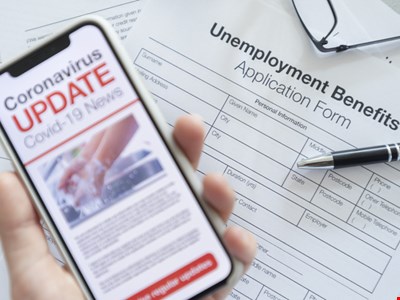 The number of suspicious unemployment-related emails targeting Americans rose by 50% after the third round of stimulus checks was announced in late February, according to new data from Tessian’s threat intelligence team.

Threat researchers found that during the week of February 24, when the third stimulus package was announced, the number of suspicious unemployment- and Covid-19-related emails was 50% higher than the previous week.

In the week commencing March 8, when Covid-19 stimulus checks started being received, researchers noted that the number of suspicious unemployment- and Covid-related emails was 51% higher than the weekly average.

Tessian CEO Tim Sadler said that cyber-criminals exploit the fact that many people turn to the internet for support and to seek new employment opportunities after losing their job.

“A recent report from Tessian found that 93% of people share job updates online, and while it’s common for people to let their networks know that they’ve been laid off and are looking for jobs, they are also unknowingly giving cybercriminals the information they need to craft these types of social engineering attacks.”

Unemployment scams are an effective way for cyber-criminals to make money. Bloomberg reported that the US Unemployment System has lost at least $63 billion in improper payments since last year, according to estimates by a watchdog for the US Department of Labor.