Parents Should Take Action to Protect Children from Cyber-Risks 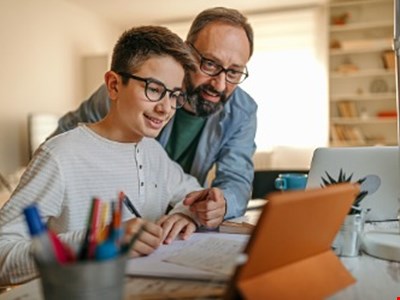 Parents Should Take Action to Protect Children from Cyber-Risks

Actions parents can take to protect their children from growing cyber-risks were highlighted during a webinar organized by Menlo Security and featuring insights from Nina Bual, co-author & CEO, Cyber Lite Ready, Get Set, CONNECT! Interactive Workbook.

Mike East, vice president, EMEA at Menlo, began by highlighting the expansion of the internet, which, while enriching, “sadly also we have to be painfully aware that not everything on the internet is good, and there is quite a lot of malicious intent.”

Although there have been huge advancements in the cybersecurity industry over recent years, this has been primarily aimed at protecting organizations. “But who is looking after our children? Who is looking over their shoulders to make sure they’re safe?” he asked.

East went on to note a recent Twitter poll of parents conducted by Menlo, which showed that social media was the least trusted platform in regard to their children’s internet usage. The number one concern for parents was their child meeting a stranger online. Yet despite this, 63% admitted they had not placed restrictions on their child’s use of the internet.

Bual then highlighted the substantial cyber-risks children are exposed to. She cited studies showing the enormous amount of time children are spending on non-educational resources online. Pre-COVID, those in the ‘tween’ bracket, aged between 7 and 13, spent 44 minutes a day on average, but from ages 13–17, this rose to an incredible 7 hours and 22 minutes. As a result, many youngsters are exposed to numerous harms online, including cyber-bullying, self-harm/suicide, and sexual conduct.

Worryingly, this is regularly occurring on well-known apps, such as WhatsApp, Spotify, and Pinterest.

One major issue, in the view of Bual, is that AI technology is essentially taking over the role of parenting when children are online. “AI is driving material to our children, and deciding what our children are actually looking at,” she explained.

Bual gave the example of YouTube, and parents allowing their children to sit and watch programs such as Peppa Pig to keep them occupied. She noted that children of such a young age are likely to click on other video ideas on the side, generated by AI, which can lead to highly inappropriate or even dangerous content. At this point, “I am no longer the parent, YouTube has taken over the parenting—it has decided what my child gets to view.”

For older children, the situation is even more concerning in terms of the areas they can end up in. Bual gave another example: “Put yourself in the mind of a 15-year-old girl who’s feeling worried about her weight. She starts Googling healthy eating. Her AI’s then going to start travelling in that direction and if you follow certain accounts, you may end up on pro-anorexia sites. These sites have a cult-like following on apps such as TikTok.”

Bual also described the risk of online grooming on sites such as gaming. Groomers can have various motivations, ranging from sexual exploitation to indoctrination. In one case, on the popular online game Fortnite, a child struck up a friendship with someone he thought was his same age. However, he was in fact being groomed to give away information about his father, who was CEO of a large company. Bual explained: “He gained all the passwords and managed to break into the company accounts, which cost millions.”

Bual believes a mix of education and safeguarding technologies is necessary to help keep children safe from these various dangers. She said parents should be aware of a range of tools out there that can notify them when their child is engaging in potentially dangerous online behavior. These include SafeToNet, a smart keyboard that can be incorporated onto the child’s phone that uses AI “to correct their behavior as they are doing it” by filtering harmful outgoing messages, thereby helping tackle cyber-bullying. Another is Qustodio, in which parents can monitor and manage their child’s device use.

Arguably even more important in protecting against cyber-risks is education in a range of areas. In regard to recognizing ‘fake news’ online, which can lead to children’s obtaining fanatical views, Bual said it is vital youngsters are taught critical-thinking skills. One technique she advised parents to use is to show two newspapers that have opposing political views and compare the way the same story has been covered by each, discussing “why you think the facts have been reported differently, the language has been reported differently,” and “have that conversation of what you think is fake and how do you validate it.”

To help equip children to detect grooming, there are a number of steps that can be taken, such as teaching them red-alert words and questions, and getting them to consider what a child of their age would be asking them in this game.

Bual concluded: “Get your children into these digital behaviors now, get their cyber-hygiene up now.”