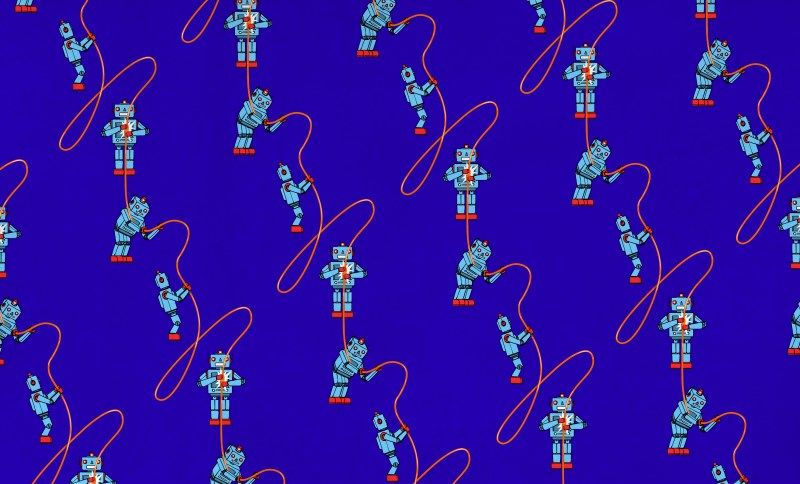 In the movies, everything is modular. Some big gun fell off the spaceship when it crashed? Good thing you can just pick it up and fire it as-is (looking at you, Guardians of the Galaxy 2). Hyperdrive dead? No problem, because in the Star Wars universe you can just drop a new one in and be on your way.

Of course, things just aren’t that simple in the real world. Most systems, be they spaceships or cell phones, are enormously complicated and contain hundreds or thousands of interconnected parts. If the camera in my Samsung phone breaks, I can’t exactly steal the one from my girlfriend’s iPhone. They’re simply not interchangeable because the systems were designed differently. Even if we had the same phone and the cameras were interchangeable, they wouldn’t be easy to swap. We’d have to crack open the phones and carefully perform the switch. Speaking of switches, the Nintendo Switch is a good counterexample here. Joycon break? Just buy a new one and pop it on.

What if more products were like the Nintendo Switch? Is its modularity just the tip of the iceberg?

The PocKit project tackles this question by diving whole-hog into modularity. This impressive platform consists of a central “brain” block that contains an ESP32 and an STM32, as well as ~24 other blocks that can just snap onto it. These blocks include a screen, a keyboard, a speaker, and a wide variety of sensors and other neat bits. The brain module even has a DDR connector that lets you throw a Raspberry Pi Compute Module into the mix for greater functionality.

All of the blocks use the same electrical interface and are held in place by magnets, allowing for near-endless reconfiguration. They have a great demo of the system in action, adding a camera, GPS, and more to a portable battery-powered Linux system:

Some of you may have felt the spark of familiarity here and thought back a couple of years to when Google announced the since-cancelled Project Ara. This was an experimental phone that Google debuted in 2013. It was suppose to be a low-cost, bare-bones phone that the user could easily upgrade themselves by swapping and adding modules onto the frame, including the battery, processor, camera, and display. Unfortunately, Project Ara never made it into our pockets, as Google canned it back in 2016.

Of course, these aren’t the only examples of modular electronics we’ve seen. Some of us even grew up with them.

When I was a kid, one of my absolute favorite toys was a Snap Circuits kit. It consisted of a few hundred LEDs, motors, buzzers, and rigid “wires” that all snapped onto a plastic base — sort of like a breadboard. I spent hours connecting the modules in different ways and occasionally came across a configuration that actually did something. The Snap Circuits kit’s modular nature was a perfect introduction to electronics — after all, seven-year-old me wasn’t ready to design and fab a PCB yet. Instead, the large, colorful modules with silkscreened schematic symbols were a great teaching tool.

Nowadays you can still get your hands on a brand-new Snap Circuits kit (and I was very excited to buy one for a friend’s children last Christmas) but as you might expect, there are even more advanced modular kits on the market. Brick ‘R’ Knowledge is one such offering. It’s a modern spin on the classic Snap Circuits that brings advanced components to the table, including an Arduino and networking blocks.

You can tell by looking at these kits and others that modular electronics are a pretty fantastic tool for education. They can be used to introduce complicated concepts in ways that don’t “dumb down” the material, but simply present them in a friendly, approachable manner. Let’s circle back around to consumer electronics though — how much modularity do we need in our day-to-day lives?

You know the drill. Time to chime in below and let us know what you think here. Should everything be modular? Presumably, it costs more to manufacture something with such a high degree of customer customizability than it would to just make one or two of the possible configurations. Would you pay more for personalizable products, or are you happy to buy off-the-shelf? If you’re anything like me, you would buy the modular option, find a configuration you like, then never change it — so then, what’s the point of being able to reconfigure your gizmos?