The Amiga 2000 You Always Wanted 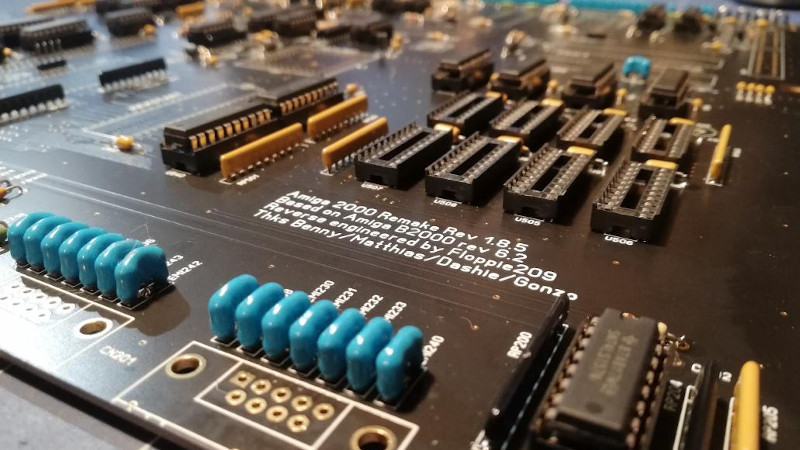 Back in the late 1980s, Commodore pulled the masterstroke of selling several models and generations of Amiga that were all powered by essentially the same speed 68000 and associated chipset. Sure, there were differences in the RAM and other options you could fit and later models had a few extra graphics modes. Still, the entry-level A500 did substantially the same as the high-end A2000. No matter, we the fans all wanted a 2000 anyway, though we typically found ourselves unable to afford one. It’s 2021 now though, so if you never achieved the dream of owning your own A2000, now you can build one of your own! It’s the task [Drygol] has taken on, with an A2000 made entirely from new components, save for a few salvaged Commodore-specific chips and connectors.

At its heart is a beautiful recreation of the original PCB that we’re guessing will be of great interest to owners whose NiCd batteries have leaked and corroded their originals. It’s all through-hole, but the sheer size of a motherboard still makes it a daunting prospect to solder by hand. There are a huge quantity of decoupling and ESD components that all have to be held with tape before the board is flipped over for soldering, and then all the chips are socketed. A Fat Agnes address generator was fitted on a RAM expansion daughterboard, leading to some significant problems as it proved not to be compatible and had to be removed.

The whole is put in a very low-profile PC case with appropriate risers for the Zorro slots, and then in goes a set of upgrades probably not seen in the same place since about 1993. We don’t recognize them all, but we can see accelerators, a floppy emulator, an HDD emulator using a CF card, and is that a network card we spy? This machine is still a work in progress, but we can guarantee it would have been an extreme object of desire thirty years ago. See it in action in the video below the break.

If rebuilding an Amiga interests you, we took a look at the state of the remanufactured parts scene for the platform last year.