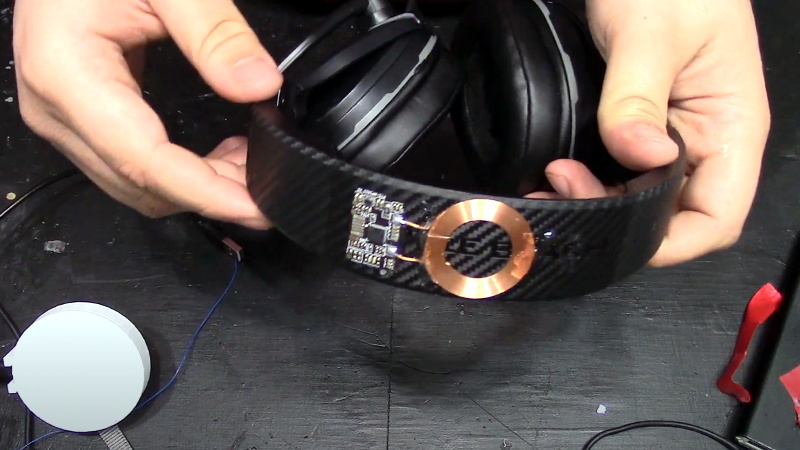 Despite the technology itself being widely available and relatively cheap, devices that offer wireless charging as a feature still aren’t as common as many would like. Sure it can’t deliver as much power as something like USB-C, but for low-draw devices that don’t necessarily need to be recharged in a hurry, the convenience is undeniable.

Sick of having to plug it in after each session, [Taylor Burley] decided to take matters into his own hands and add wireless charging capability to his Turtle Beach Recon 200 headset. But ultimately, there’s nothing about this project that couldn’t be adapted to your own particular headset of choice. Or any other device that charges via USB, for that matter. 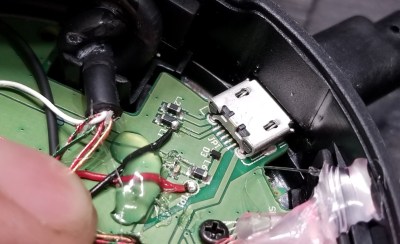 To keep things simple, [Taylor] used an off-the-shelf wireless charging transmitter and receiver pair. The transmitter is housed in a 3D printed mount that the headset hangs from, and the receiver was simply glued to the top of the headset. The receiver is covered with a thin 3D printed plate, but a couple turns of electrical tape would work just as well if you didn’t want to design a whole new part.

Once everything was in place, he then ran a wire down the side of the headset and tapped into the five volt trace coming from the USB port. So now long as [Taylor] remembers to hang the headset up after he’s done playing, the battery will always be topped off the next time he reaches for it.

Considering how many projects we’ve seen that add wireless charging to consumer devices, it’s honestly kind of surprising that it’s still not a standard feature in 2021. Until manufacturers figure out what they want to do with the technology, it seems like hackers will just have to keep doing it themselves.