Arrest Made Over Multi-million-dollar BEC Scam 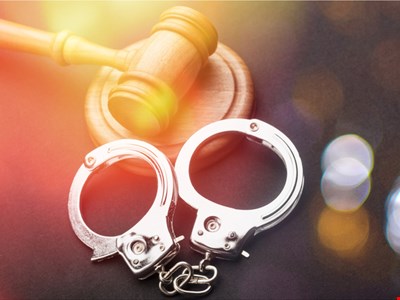 Arrest Made Over Multi-million-dollar BEC Scam

Guillermo Perez was taken into custody Wednesday morning for allegedly defrauding businesses and individuals of more than $2m through cyber-scams and bank fraud schemes.

An indictment unsealed on June 9 accuses 26-year-old Houston resident Perez of participating in the illegal scam from at least October 2018 to October 2019.

Perez is accused of impersonating individuals and businesses over email in the course of otherwise ordinary financial transactions. While posing as someone else, Perez allegedly tricked victims into transferring funds into bank accounts controlled by him and his co-conspirators.

As part of the alleged scheme, Perez provided banks with false and misleading information regarding his and his co-conspirators’ affiliations, then tricked the banks into opening business bank accounts that were fraudulent.

Victims of the BEC scheme, who were unaware that they were acting on false and misleading misrepresentations made by Perez and his co-conspirators, wired more than $2.2m into the fraudulent bank accounts.

It is alleged that Perez and his co-conspirators, knowing that the transferred cash represented fraud proceeds, moved it out of the fraudulent bank accounts in transactions designed to conceal and disguise its origins and ownership.

The arrest of Perez was announced yesterday by Audrey Strauss, the United States attorney for the Southern District of New York, and Peter C. Fitzhugh, the special agent-in-charge of Homeland Security Investigations (HSI) in New York.

In a statement issued yesterday, the US Attorney’s Office wrote that Strauss praised the investigative work of HSI in the Perez case.

The prosecution is being handled by the Money Laundering and Transnational Criminal Enterprises Unit. Assistant United States attorneys Emily Deininger and Tara La Morte are in charge of the prosecution.