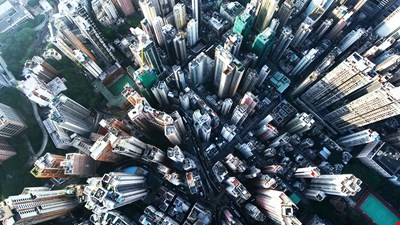 Western tech firms and other multinationals with a big presence in China could soon find themselves in a difficult position after Beijing passed new retaliatory sanctions laws.

The move is widely seen as a reaction to a string of sanctions put in place by the US and allies in recent months over human rights abuses in Xinjiang and the muzzling of democracy protests in Hong Kong.

The new law passed on Thursday will reportedly enable the government to put individuals or entities on an “anti-sanctions list” if they comply with sanctions from the US and other countries that displease Communist Party leaders.

These individuals and businesses may be denied entry to China, expelled from the country, have assets seized or frozen or be banned from doing business there.

It’s the latest sign of China using its economic might to push back against what it sees as unfair foreign interference in sovereign matters.

However, it could place foreign companies in an impossible situation and force many to choose sides between the world’s two superpowers.

The law was reportedly rushed through China’s rubber-stamp legislature, the National People’s Congress (NPC), without a third reading.

Also yesterday, China issued a second draft of a new Data Security Law which will restrict outward flows of “important” data from critical infrastructure (CNI) and non-CNI firms operating in the country — subjecting them to a security review process.

Purportedly, new rules could also prevent foreign companies from disclosing information on their Chinese subsidiaries to a foreign law enforcement agency or court.

Legal analysts have warned that much will hinge on how the authorities interpret the vague term “important.”