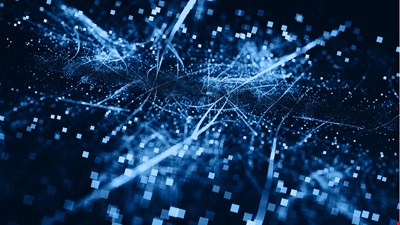 Long-distance quantum-secured data transfer took a step closer this week after Toshiba announced that scientists in the UK have managed to produce a stable prototype that works over 600 kilometers.

Quantum computing is often described as a potential security challenge in that, once states can engineer working machines, they could theoretically crack any public-key cryptography system.

However, the technology could also be used to mitigate this risk by producing “unhackable” information streams using quantum key distribution (QKD).

This is a technology Toshiba Europe scientists are working on in Cambridge. Photons are encoded and transmitted for key generation. Still, if the stream is interrupted by an eavesdropper, the unique properties of quantum physics mean that the sender will be alerted, and it is instantly scrambled.

Up until now, the main challenge in achieving QKD has been the fragility of qubits, or quantum particles, which means that they could be scrambled unintentionally if the fiber cables they’re transmitted through experience temperature or other changes.

“This sends two optical reference signals, at different wavelengths, for minimizing the phase fluctuations on long fibers. The first wavelength is used to cancel the rapidly varying fluctuations, while the second wavelength, at the same wavelength as the optical qubits, is used for fine adjustment of the phase,” it said.

“After deploying these new techniques, Toshiba found it is possible to hold the optical phase of a quantum signal constant to within a fraction of a wavelength, with a precision of 10s of nanometers, even after propagation through hundreds of kilometers of fiber. Without cancelling these fluctuations in real-time, the fiber would expand and contract with temperature changes, scrambling the quantum information.”

Secure information exchange of this sort could one day be used to support an entire “quantum internet” of interconnected quantum computers. Given the huge variety of potential applications, the US, EU and China are throwing vast sums of money at such projects.

“QKD has been used to secure metropolitan area networks in recent years. This latest advance extends the maximum span of a quantum link so that it is possible to connect cities across countries and continents without using trusted intermediate nodes,” said Andrew Shields, head of the Quantum Technology Division at Toshiba Europe.

“Implemented along with Satellite QKD, it will allow us to build a global network for quantum secured communications.”