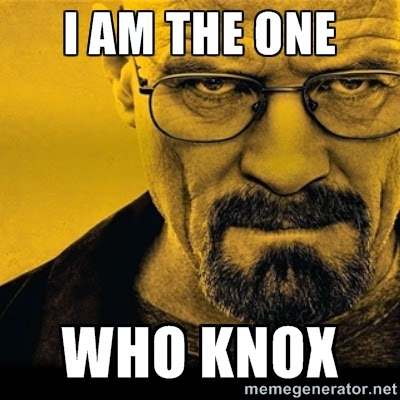 UPDATE #2:
360 Mobile Vision - 360mobilevision.com North & South Carolina Security products and Systems Installations for Commercial and Residential - $55 Hourly Rate. ACCESS CONTROL, INTRUSION ALARM, ACCESS CONTROLLED GATES, INTERCOMS AND CCTV INSTALL OR REPAIR 360 Mobile Vision - 360mobilevision.com is committed to excellence in every aspect of our business. We uphold a standard of integrity bound by fairness, honesty and personal responsibility. Our distinction is the quality of service we bring to our customers. Accurate knowledge of our trade combined with ability is what makes us true professionals. Above all, we are watchful of our customers interests, and make their concerns the basis of our business.

Apparently Samsung said in their press release that user should try out My Knox, as Knox Personal is deprecated. I just tried to install it but sadly My Knox only works on Samsung Galaxy S5 and Samsung Galaxy Note4. So Samsung, you’re leaving all devices older than the S5 with a vulnerable version of Samsung Knox??

As Samsung responded with an official press release regarding my blog article (https://www.samsungknox.com/en/blog/response-blog-post-samsung-knox) I also want to response to their press release:

What is Samsung Knox:

Samsung phones, like the Samsung Galaxy S4, are shipped with a preinstalled version of Samsung Knox. Samsung advertises Knox with the following:

“KNOX Workspace container improves the user experience, providing security for enterprise data by creating a secure zone in the employee’s device for corporate applications, and encrypting enterprise data both at rest and in motion. KNOX Workspace container provides users with an isolated and secure environment within the mobile device, complete with its own home screen, launcher, applications and widgets for easier, more intuitive and safe operation. Applications and data inside the container are separated.”

The Samsung phone comes preinstalled with two apps: Knox and Knox EMM. Knox EMM is a enterprise cloud-based management solution for mobile devices which was not part of this analysis. Focus was set to the Knox app, which provides the Knox Container and a seperate (secure) home screen with own apps. The setup for Knox is quite easy, you just have to set a password and a pin for the Knox App. Looking at the system internals, Knox installs quite a lot of stuff on your phone. Knox related apps in /data/data/:

Additionally all apps which are installed in the new Knox home screen are located in the standard app installation folder /data/data/ and come with the prefix: com.sec.*. Listing all of them here would be too much. After a typical Knox installation there are 139 apps and services installed with the prefix com.sec.*
Looking a bit deeper in the system, Knox is distributed through the whole system and stores data in a couple of different locations, for example: the encrypted container itself will be stored in /data/.container_* and/data/container/.sdcontainer_1.* Different files and databases for settings are stored in /data/system/secure_storage and /data/system/container.

Each analysis of a mobile app starts with a static analysis of the files the app stored after the setup. A good starting point for Android Apps is the app folder under /data/data/. These folders typically have the structure:

Especially the folders databases and shared_prefs are the ones that deserves the first attention. The ContainerAgent app of Knox (com.sec.knox.containeragent) had some interesting files stored:

Yes, guess what is written in the pin.xml file? The pin we had to set during the setup of Knox in cleartext!

The other files didn’t reveal other interesting stuff. But back to the pin.xml file. What is the purpose of the pin in Knox anyway? If you’re going to start Knox you have to provide your password to get access to the data and the Knox home screen. But there is a small button under the textfield called “Password forgotten?”. By tapping it, you have to provide your pin. If the PIN is correct the Knox app will show you a little password hint (the first and the last character of your password!! + the original length of your password!). So now it is pretty obvious that Samsung Knox is going to store your password somewhere on the device! As mentioned above, Knox is not only storing settings in /data/data/, in the Folder /data/system/container there is a file called containerpassword_1.key [sic!] stored. The content is a crypted string: 72C9EE6D56CB15916A4CAB01814F978FA1E2689D (I modified the string for obvious reasons ;)).

So this looks like an AES encrypted string. No we have to decompile the apps to have a deeper look how exactly the encryption of the password works and where the key for the encryption comes from. Samsungs makes use of dex-preoptimization to strip out all classes.dex files (the java code is stored in a file called classes.dex and this file is parsed by the Dalvik JVM) in the Knox apks, thus making reverse engineering a little bit harder. To get the binaries we have to look at /system/app/ and find .odex files (an odex is basically a pre-processed version of an application’s classes.dex that is execution-ready for Dalvik). odex files can be converted back into smali code, which then can be converted back to a dex file. Finally a dex file can be converted into a jar file, which can be decompiled by any Java Decompiler.

Samsung didn’t make any use of code obfuscation but really tried to hide the password storage code within hundreds of java classes, inheritance and proxies. Finally in the Knox Store app the proxy IDataService was implemented which all other apps were constantly calling when handling something password related. So when saving the password the app is doing the following:

Let’s have a look at each line and the corresponding methods:

So the input for the key is obviously the unique Android ID which every device has. The 16-Byte ID parsed as Long value is then used as an argument for the function getKeyForPassword:

Ok, Samsung is obfuscating it more and more to hide the real key generation. The method getKeyForPassword is placed in a C written shared library called “mealy”. Let’s grab the library from the device and put it into a disassembler like IDA:

The binary has one hardcoded string called “out_char” with the following value: eu>q5b0KPlLwyb@*#j9?!*ehjl(LHukkA(di^S4UXAChr3B`_xf+@h*#S&wpfv&# . By looking at the code the method getKeyForPassword gets as an argument the long value of getPartialString(getAndroidID()), holding as variable the out_char String and passes both of them to the subroutine ‘mealymachine’. Let’s have a look at the function getKeyForPassword and the subroutine mealymachine in pseudo code:
By looking at the subroutine it just adds the long value from the Android ID and the hardcoded string. The method getPartialString substractes a part out of the Android ID. Just for the clarification: every app can ask the system for the Android ID by calling: Secure.getString(getContext().getContentResolver(),Secure.ANDROID_ID);
Conclusion:
Samsung really tried to hide the functionality to generate the key, following the security by obscurity rule. In the end it just uses the Android ID together with a hardcoded string and mix them for the encryption key. I would have expected from a product, called Knox, a different approach:
Recommendation:
Instead of Samsung Knox, use the built-in Android encrpytion function and encrypt the whole device. Android is using a PBKDF2 function from the encryption password you choose and never persists it on the device. Obviously you can never access the data if you forget your password, but that’s the point of a good encryption.

The Future of Cybersecurity? Just One Word: Automation

Here’s How Zero Trust Relates to CMMC, ISO 27001, SOC 2 and Other Cyber Frameworks

Is The Cloud Leaving You Exposed?

The Future of Cybersecurity? Just One Word: Automation

Here’s How Zero Trust Relates to CMMC, ISO 27001, SOC 2 and Other Cyber Frameworks

Is The Cloud Leaving You Exposed?

Reshaping the future of transportation with the ITS World Congress