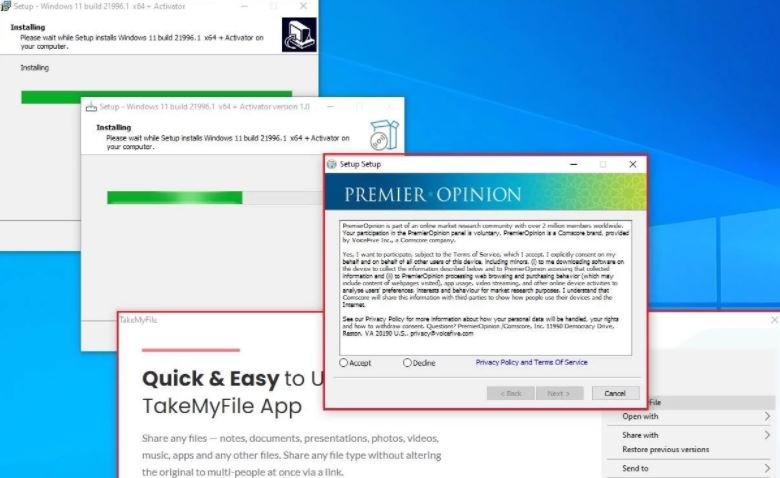 A few weeks ago Microsoft announced the release of Windows 11, the new version of the popular operating system that will include new features for users, something that threat actors are already trying to take advantage of this situation with the release of fake installers of the new version of the system. It is necessary to remember that, at the moment, Windows 11 is only available to some members of the Windows Insider program, and will be released to the general public in 2022.

The problem is that hundreds of users have already installed these fake malware-infested installers, according to a report by security firm Kaspersky: “Our security products have already detected and contained a few hundred infection attempts that used Windows 11-related fraud schemes,” the company’s report states.

Most of these incidents involve the installation of downloaders designed for the delivery of additional payloads on the compromised devices. These payloads can contain everything from invasive but harmless adware to dangerous variants of remote access Trojans or data theft tools.

In one of the cases analyzed, a user downloaded a fake installer that, when installed, displayed an imitation of the Windows installation wizard. At this point the download of a second executable and installer identified as 86307_windows 11 build 21996.1 x64 + activator was started. “The user will find a message requesting their approval to complete the process; this will lead to the installation of multiple malicious tools,” the report states.

This campaign is still active and seems to be spreading to multiple countries, so users should remain alert. To evade these malicious installers, users should ignore any message seemingly coming from Microsoft, as the company has only released this operating system in the form of a trial version for limited users.

This campaign is still active and seems to be spreading to multiple countries, so users should remain alert. To evade these malicious installers, users should ignore any message seemingly coming from Microsoft, as the company has only released this operating system in the form of a trial version for limited users.