Nearly a Third of Brits Say They Feel Unsafe Online 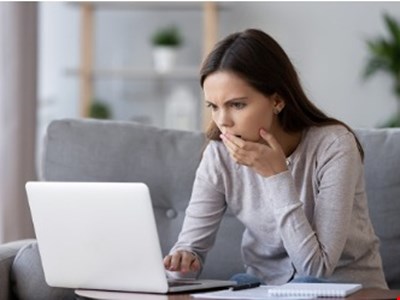 Nearly a Third of Brits Say They Feel Unsafe Online

Nearly a third (29%) of Brits feel unsafe while using the internet, according to a new report by Veriff.

The survey of 2000 UK citizens revealed a range of factors that have caused this sentiment. One of these is rising scam attempts, with over two-fifths (42%) of those surveyed experiencing a package delivery scam during the past three months. The next most common type of scam is those relating to tax rebates (25%) followed by TV licenses (19%).

Veriff also found that 13% of Brits have received a COVID-19 vaccine scam during this period, further highlighting how fraudsters have leveraged the circumstances of the pandemic to target people in the past 18 months.

The potential impact of ‘digital trails’ being left on the internet was also a significant concern for people. Almost half (48%) of millennials expressed fears that old posts online will come back to haunt them, while more than two-thirds (37%) of all those surveyed said they regretted sharing personal details online.

Additionally, more than half (52%) of Brits were worried that their images may be used online without their permission. More than two-thirds (68%) agreed that social media companies should require users to show ID when signing up to their site in order to help combat issues like identity fraud and online abuse.

Surprisingly, Generation Z (16-24-year-olds) were more likely to feel unsafe online than any other age group (41%). This compared to just 18% of those aged 55 and older feeling unsafe.

Janer Gorohhov, co-founder and CPO at Veriff, commented: “Cyber-criminals are continuously thinking of new ways to commit fraud, with the pandemic sadly providing them with more opportunities than ever — from COVID-19 vaccination scams to fake delivery texts — which is why we wanted to uncover how the nation really feels online and how the future of identity verification can help people feel safer.

“With the common misconception being that the older generation is most susceptible to online fraud, we were interested to find that the younger generations were the most likely to feel unsafe online. With the internet playing such a vital role in the lives of many young Brits, unfortunately, their hours spent online does not make them any less of a target of online fraud, if anything, it heightens the risk.”