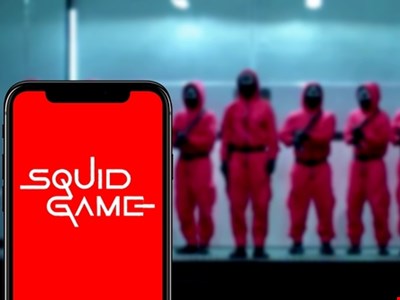 Netflix has axed some scenes from its hit show Squid Game because the phone numbers it featured turned out to be genuine and in use by people in the real world.

The deletions were made after the owners of the phone numbers received thousands of text messages and phone calls from curious Squid Game fans located around the globe.

Since premiering on the streaming platform on September 17, Squid Game looks set to become one of the most popular Netflix shows in history. The South Korean fictional drama depicts contestants who are deeply in debt playing children’s games to win a life-altering amount of cash. In a disturbing twist, players who lose are executed.

A Korean man from Gyeonggi province, who claims his digits were exposed in a subway scene featured in the first episode of the show, said that his phone has been overwhelmed with thousands of nuisance calls.

Speaking to Korean publication Money Today, he said: “It has come to the point where people are reaching out day and night due to their curiosity.”

The constant contact from Squid Game fans has prevented the man from receiving calls and messages that are actually intended for him.

“It drains my phone’s battery, and it turns off,” he said.

He added: “At first, I didn’t know why, then my friend told me that my number came out in Squid Game.”

The man’s phone number allegedly appeared on a business card passed to Lee Jung-Jae’s character, Seong Gi-Hun, by a mysterious man in a black suit.

Changing his number to avoid nuisance calls is not something the man said he wanted to do, since he has used it for business calls for the past decade.

The man said that his wife, whose phone number is identical to his with the exception of one digit, has also been receiving nuisance calls from Squid Game fans with careless fingers.

A spokesperson for Netflix and the show’s maker Siren Pictures said: “Together with the production company, we are working to resolve this matter, including editing scenes with phone numbers where necessary.”

How to cut back on social media use | Kaspersky official blog