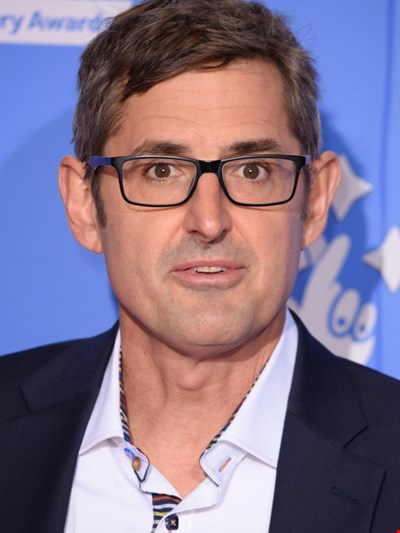 The session came ahead of the release of Theroux’s new three-part documentary series, exploring how tech is increasingly coalescing with human psychology. In one prominent example of this, he noted that former US president, Donald Trump, was able to “get elected based on his ability to communicate to us through our phones.”

The discussion, which tech journalist Georgie Barrat moderated, then discussed the Capitol Hill riots at the beginning of the year. This is an event Theroux analyzed extensively for the making of his new series, and he explained that the disturbing scenes were only made possible by social media, particularly Twitter. This was partly due to the encouragement given by President Trump for his supporters to protest his election defeat via the platform following constant allegations of vote-rigging. But more profoundly, he described how social media had enabled people with extremist views to “find their tribe” and be able to “live in an echo chamber,” where their beliefs are constantly reinforced rather than largely ignored.

This phenomenon has subsequently spilled out into the real world, leading to the chaotic and disturbing scenes at Capitol Hill. Such a scenario could not have occurred without social media, according to Theroux, as most people who believe in conspiracy theories such as election fraud would otherwise live separate lives from one another.

Therefore, “we have poisoned ourselves with information.”

While Theroux believes social media firms should do more to combat misinformation and disinformation on their platforms, he acknowledged that such approaches could lead to quashing legitimate free speech. For example, he pointed out that during the early part of the COVID-19 pandemic, social media companies were banning people for suggesting the virus was caused by a lab leak in Wuhan — a theory now considered plausible by experts.

He believes this process can change human behavior, as humans are “socially malleable,” shaped by the environment they reside in. He pointed out that behaviors like pedophilia and slavery would have been considered acceptable many years ago, as they were the norm for their environment. This is an area people should be very mindful of while operating in the online world.

Theroux also emphasized that social media has many positive aspects, including calling powerful people out for inappropriate behavior. However, big tech and governments have much work to do to ensure these benefits are not outweighed by significant societal harms such as disinformation in the future.