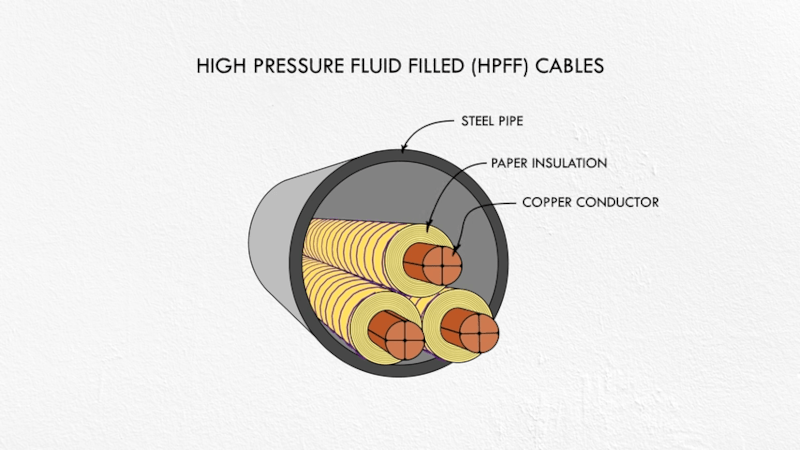 When we were kids, overhead power cables were a constant fixture in the neighborhood. Not only were they the bane of our kites, but they also had a tendency to fail during storms leaving us in the dark. These days lots of cables go underground — safer for kites and harder to storm damage. On the other hand, if they do need repair, it is a major operation, as [Practical Engineering] discusses in a recent post you can watch below.

In the story, a large underground distribution cable — the Scattergood-Olympic transmission line — had a failure in the late 1980s. The 10 mile line has three high-voltage phases and when the line was created, running high voltage lines underground was a bit exotic.

One big problem with burying cables is a need to minimize the size of the trench, while keeping the cables far apart so they don’t arc. The video covers how the transmission line used oil to insulate the conductors.

In 1989, the power cable had an insulation problem and one of the biggest challenges was to find the location of the problem. Several approaches didn’t work but they finally located the approximate location.

In the end, the repair turned out to take longer than expected because they found latent failures and decided to fix them all at one time. The oil-filled cable continued to have problems, though, and at the end of the video, you’ll hear the story about how the power company finally used new wiring to replace the old cables.

The power system is one of those things you don’t often think about until it doesn’t work. It is interesting to see all the technology that goes into doing something common — moving electricity over a wire — at a giant scale.

This isn’t the first time we’ve mentioned this engineering repair. But if you think burying cable underground is audacious, try sinking one in the ocean back in the 1850s.