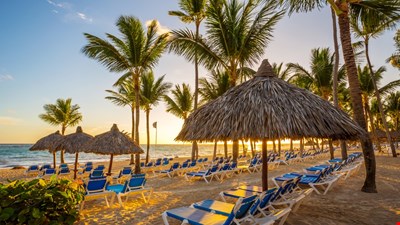 European police claim to have dismantled an international organized crime group (OGC) that made millions from real estate fraud.

Law enforcers in the Hungarian capital of Budapest, supported by Europol, began operations against the gang back in 2017. However, it was during 10 so-called “action days” between September 2020 and September 2021 that the OGC was taken down.

Its leader was apparently found hiding in the Dominican Republic on fake documents, and extradited to Hungary last week.

Overall, 130 suspects were identified and 116 searches conducted. The group is estimated to have caused losses of around €3.5m ($4m) for over 470 victims.

The fraud gang worked by posting fake ads for properties up for sale or rent — tricking victims into sending deposit money and rent. The OGC also remotely hacked some victims’ PCs, stole financial details and carried out transactions without their knowledge, Europol claimed.

In some cases, COVID-19 was used as an excuse to install remote access software on these machines, it said.

Money mules were recruited in Hungary to open bank accounts, receive and transfer funds and carry out cryptocurrency transactions to help with money laundering — with the illegal proceeds sent to the Dominican Republic.

According to a new Serious and Organized Crime Threat Assessment report from Europol, the drive to digital is creating new opportunities for OGCs and lone cyber-criminals alike.

“The move toward cashless economies creates powerful incentives for payment fraudsters … The steady increase in the number of users and connections creates new vulnerabilities and opens more potential victims to cyber-attacks,” it explained.

“Cybercrime is attractive to criminals due to the potential profits, limited risk of detection and prosecution, which if successful often only results in low sentences.”

Real estate and rental fraud reported to the FBI last year cost victims an estimated $213m off the back of around 13,600 cases. As such it represented one of the top 10 earners for cyber-criminals.

What are the post-pandemic security concerns for IT pros?